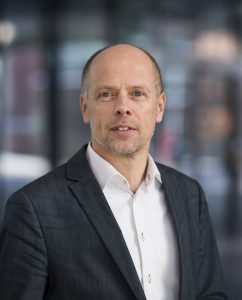 Richard Engeln is an associate professor at the Department of Applied Physics of the Eindhoven University of Technology (TU/e). He received his Ph.D. in physics in 1991 from the Radboud University Nijmegen (RUN) on a spectroscopic study of molecules containing methyl groups. After almost two years working as a project manager in the R&D division of Stork X-cel, he started working as a postdoc in the group of Prof. D.C. Schram at the TU/e. He studied the transport properties of hydrogen molecules in a plasma expansion by means of CARS. In 1995 he joined the group of Prof. dr. Gerard Meijer at the RUN, and worked for several years on the development of novel ultra-sensitive absorption detection schemes.  Since 1998 he works at the TU/e. His research focuses on the study of the chemistry in plasmas used for gas conversion and the development of optical diagnostics to study the plasma chemistry in situ. In the PIONEER project I am mostly involved in the research that focusses on understanding the effects of impurities on the dissociation process of CO2 in plasma.  I am first supervisor of ESR 13, i.e. Maik Budde, and second supervisor of ESR 11, i.e. Antoine Salden (Trento University).