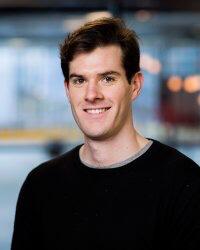 Hi there, my name is Harry Philpott, I am a PhD student in the Elementary Processes in Gas Discharges group at the Technical University of Eindhoven (TU/e). I come from the UK, and I gained my Master’s degree in Theoretical Physics from the University of York, one of the UK’s leading institutes for plasma research. During my time there I focussed on high-temperature plasma processes, specifically related to fusion and astrophysical plasmas, where the underpinning physics was Magneto Hydro Dynamics. For my research project, I investigated linear and non-linear solutions to the Poisson-Boltzmann equation, which is an important equation in plasma physics as it encapsulates both the electrostatic and thermodynamic effects driving plasma phenomena. I’m excited by the more dynamic, non-equilibrium physics, and the industrial applications associated with low-temperature plasmas. The real world implication of the Pioneer program is also an exhilarating prospect for me, and I can’t wait to work with my fellow researchers to tackle the looming problem of climate change.

My PhD project is aimed at understanding the temporal and spatial evolution of the electric field on the surface of a catalyst under plasma exposure. During my time at TU/e I will investigate the surface charging process using the Pockel’s effect and polarimetry techniques. Then during my secondment at École Polytechnique, I will determine the effects the electric field has on the catalyst surface by measuring the adsorption properties of gasses on the surface.

A crucial and unexplored parameter in plasma/catalyst coupling is the electric field (Efield) induced by plasma on catalytic surface. Not only the Efield is the driving force of the plasma that controls the production of reactive species, it can also modify the adsorption energy of any specie on the catalyst surface and therefore modify strongly their reactivity. This parameter is, however, difficult to determine in atmospheric pressure non-thermal plasmas because they constitute a highly transient and jittery system with low light output. Recent advances (by the applicant among others) have shown it to be possible to determine the electric field on a dielectric surface when under plasma exposure, however this property has never been measured on a catalytic surface. This project is going to focus on measuring the electric field spatially and time resolved on a catalytic surface under direct plasma exposure. The plasmas that are going to be used are from the family of non-thermal atmospheric pressure plasmas in a dielectric barrier discharge (DBD) configuration and under kHz-range excitation. The DBDs are going to be produced under controlled atmosphere relevant for CO2 reforming, thus in mixtures of noble gas and CO2 and in a mixture of N2 and CO2. The electric field measurement method is going to be based on the Pockels effect. Ana Sobota has been a pioneer of this technique applied to plasma jet and her expertise in field measurement is complementary to the plasma/catalyst coupling knowledge of the co-supervisor Olivier Guaitella. The Pockels-active element is going to be covered by several different types of catalysts also relevant for CO2 reforming, such as zeolites and CeO2 provided by other partners from the consortium (LCS-CAEN, IJLRA and CSIC-ICB).

Links with other ESR

Measurements performed with coating of catalysts